The Dunwoody Homeowner's Association has officially moved Independence Day to July 5th according to a story in the Reporter Newspapers recent Dunwoody issue.  The move was made because a church parking lot will not be available on the 4th and because the parade grand marshals don't work on Mondays.

The DHA also moved New Year's Eve to December 28th to coincide with Taco Tuesday at local Mexican restaurants.  A vote to move Christmas to November 20 did not pass, but several pagans on the board vowed to bring the measure up again at the next meeting. No other holiday changes were discussed.

In other parade news, the members of the Dunwoody Restaurant Review group will have make their debut entry.  Those individuals (2 per family)  posting ten or more reviews in 2021 will carry the banner and hand out literature bashing all local eateries. "I once had to wait seven minutes for someone to clear my table.  Then the server didn't wash her hands for 30 seconds after wiping my table with a Clorox wipe.  WTF!" said Timmy Tinna-Rocker  "I abruptly re-installed my three masks and Face-shield, retreated to my Subaru, and posted crap about the place."  The parade's supervisor of entrees joyfully exclaimed, "We welcome the restaurant bashers, the Buy-Nothing junk dealers, Austin parents, and even the legendary Vermack swim team to enter the parade, but we do draw the line at those super-active on NextDoor."

The DHA is open to suggestions on the upcoming 2021 parade.  How about a new route, with a new staging area?  Slightly shorter, but still a parade, on the correct date. 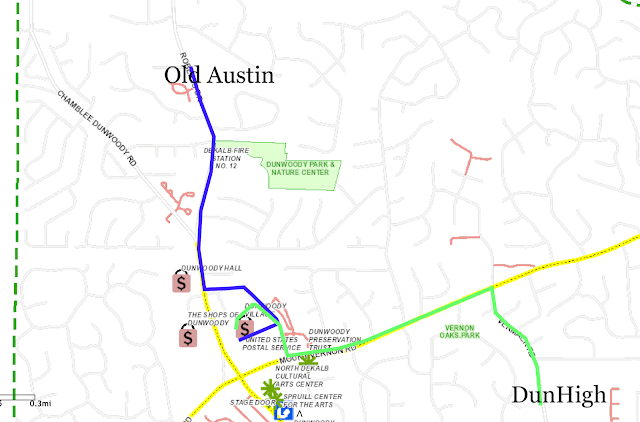 Posted by DunwoodyTalk at 1:56 PM

Get New Posts via Email